In the idea for this painting I very early wanted to have a deep ultramarine background, and a worried surface of fromed from a limited palette of  blue (ultramarine and cyan) , chartreuse, red, white and black.  I chose some vigorously distorted images to transfer, and much of them with opaque white before transfer, to preserve their intensity.

I built a number of images by scanning and moving in a xerox machine.  I pieced these together with tape covered them with titanium white and transfered them over the blue. 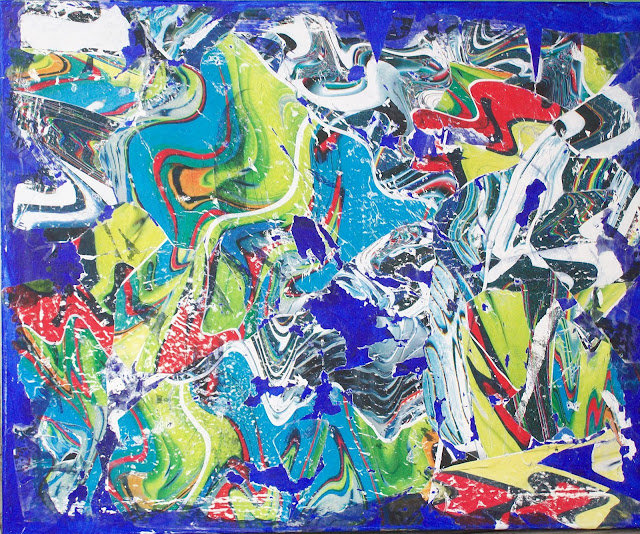 STATE 1. Background.  Manipulated images covered with white paint and transfered to the painting, original paper has been removed.  A couple of raw spots where the transfer peeled off near the center are an opportunity to replace portions with a free invention of my own. 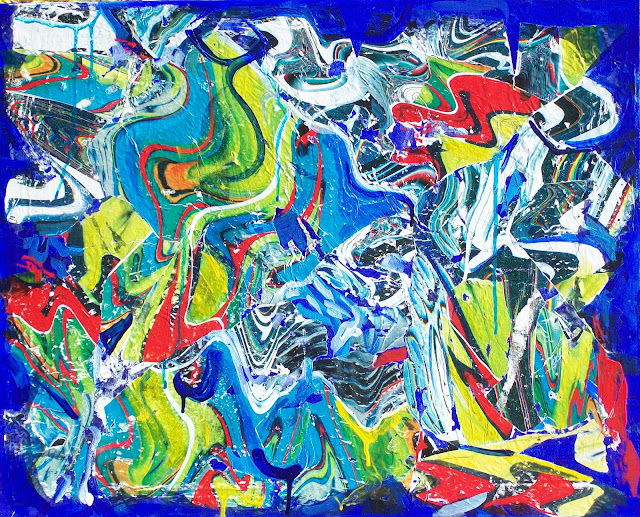 STATE 2. Filled in some areas. The white showed through in places where the transfer rubbed off. I want to keep some, but not all of that weathered effect. Cleaned up the colors with layers of paint, especially the red areas--with pure cadmium red.  Dripped some manganese blue hue in upper left. Added bright red in the lower right. 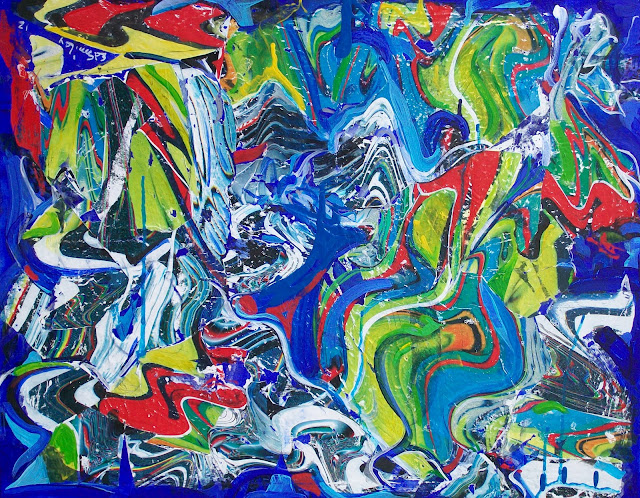 STATE 3. Added some additional drips to the (then) upper left (now lower right). Rotated canvas.  Added some areas of freely painted forms, as well as glazing or covering the original transferred colors., most notably the violent red and blue form in the center. 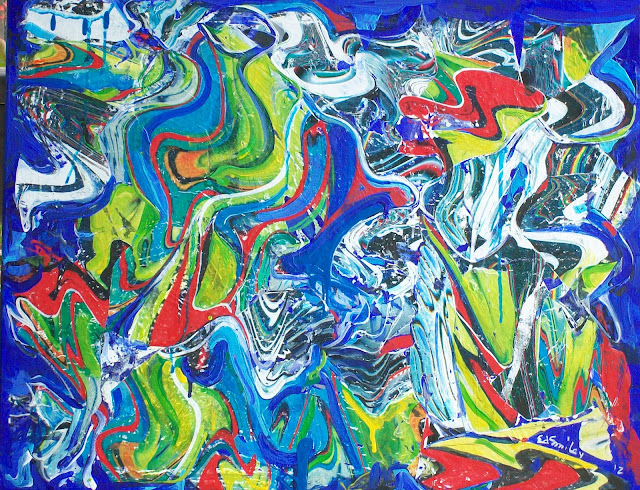 STATE 4.  Rotated back, which will now be the final orientation of the finished painting.  from this point on, there is a tremendous amount of adjusting going on, but it is extremely subtle: adding white, minutely adjusting edges, making the flow look more liquid--in some cases by incorporating dripped paint. 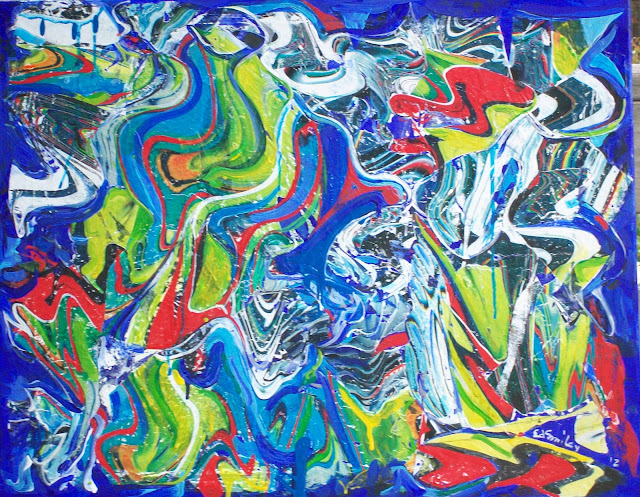 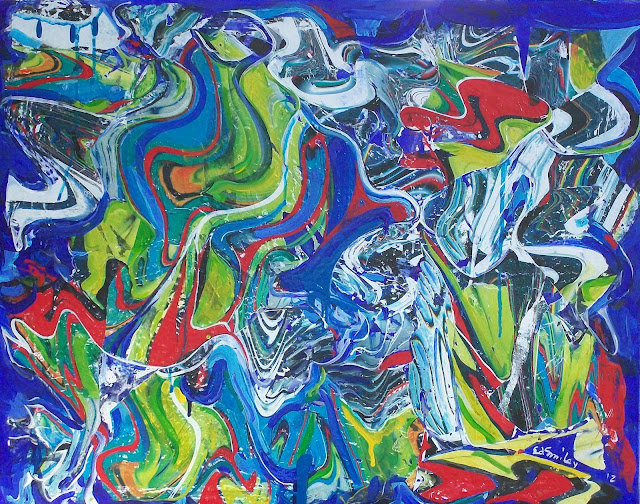