A bit of background. I had just completed the painting you see just below in which there were several striped neutral patterns of acrylic transfer which I played against some consciously made drips, forming an informal grid, as you can see here: 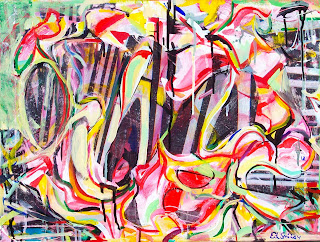 I thought it would be interesting if I created a more deliberate and organized grid in my next, larger painting.  I found some very interesting emotions were coming into play, so I have recorded the process of discovery here.

It turns out that I chose certain formal means in an arbitrary way which it turned out reflected certain areas of anxiety in my life right now. This created a rather nervous counterpoint.

Added some strokes to unify and link the outlines of the transferred forms.  Note all the horizontals and verticals made with the drips.  There's almost a figure emerging, but there's a very frenetic anxiety that seems to run through it: 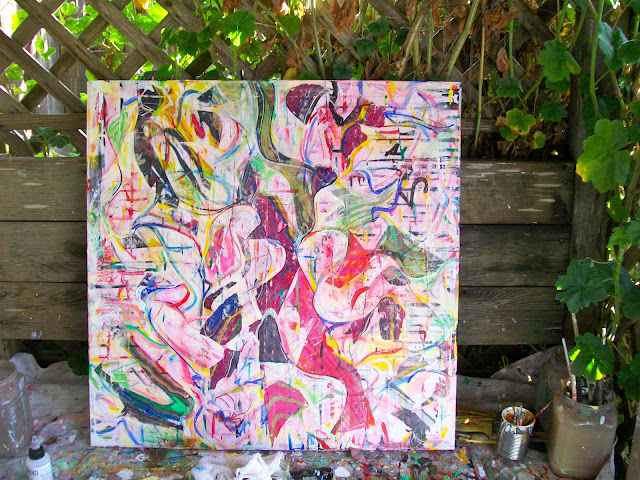 I was now being pulled in two different directions.  On the one hand the jittery quality was interesting.  I didn't want to lose that.  On the other hand it seemed to be flying apart.  Can I prevent it from truly flying apart, but still make it still look as if it is flying apart, and without completely taming that energy?  If that even makes sense....

Clarified by adding more value transitions.  Kicked up the red and pink tints: 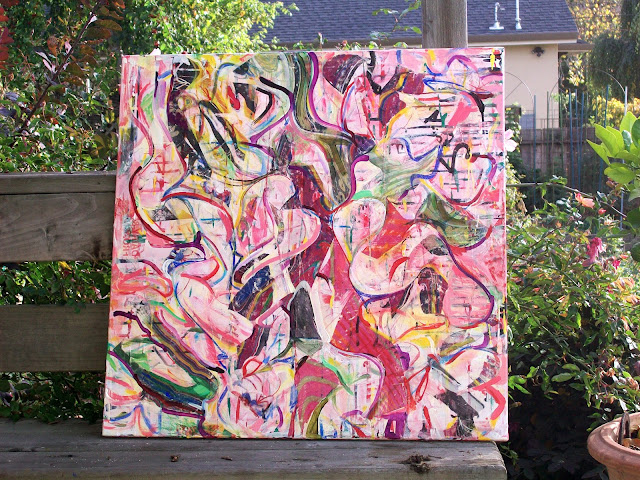 Decided the suggestion of a figure was too literal. Rotated. This created a horizontal passage through the middle of the painting: 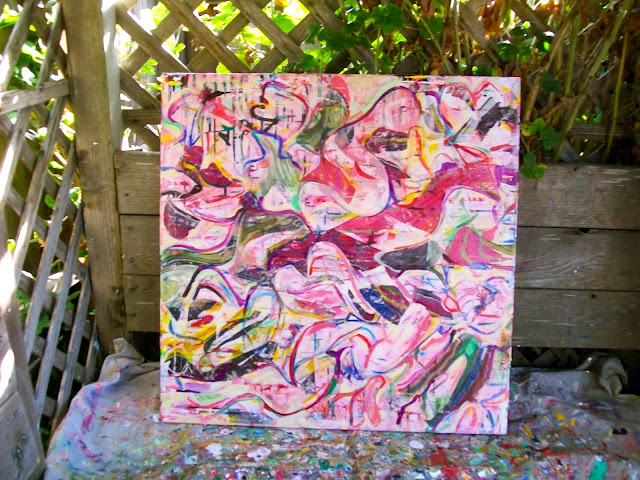 Rotated again.  This will be the final orientation: 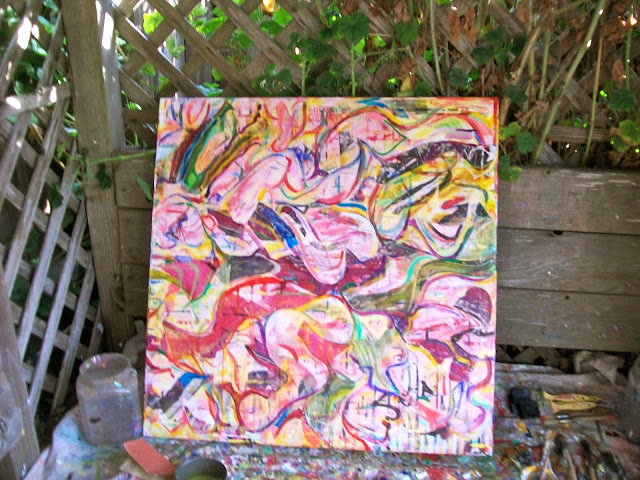 At this point added some warm glazes of gloss medium with a little Indian Yellow Hue: 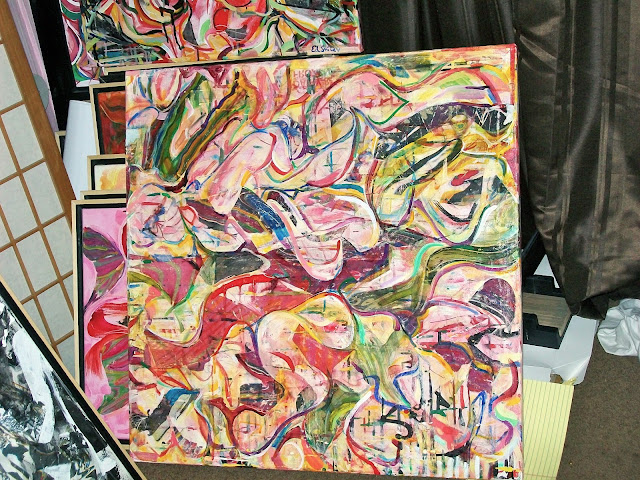 Added definition to a number of areas, and added some more pink back in: 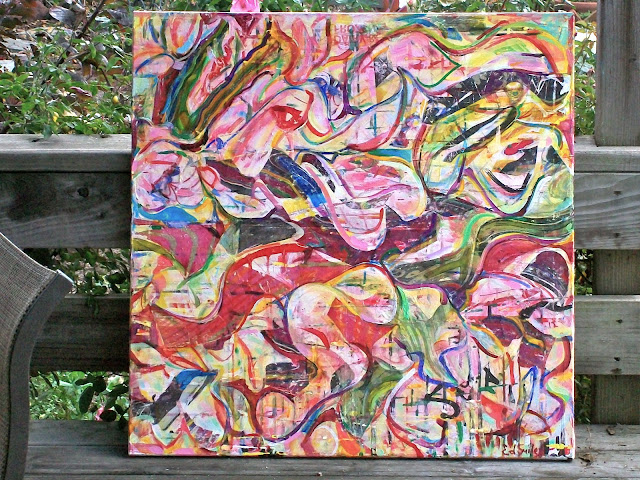 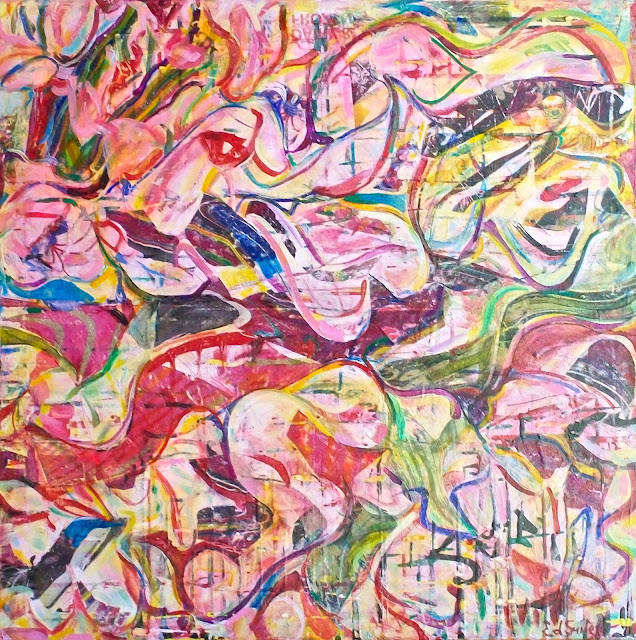 Sometimes you try to avoid losing any particular quality that a painting has.  Inevitably some interesting qualities have to be removed to make way for others. But working is about choices.

I tried to avoid making the whole too harmonious, and keep it alive rather than force it too hard into my natural tendency which is to make everything flow together.  On the other hand the jitteriness is a secondary counterpoint now, and more has a sense of a worried, aging skin within the painting as a whole.  I like to think I sustained the punch of the earlier states, but have something more as well.
Posted by Ed Smiley at 11:02 PM